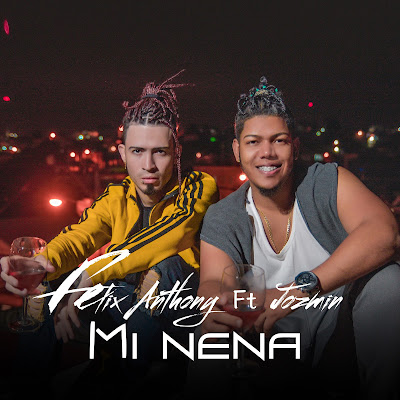 Biografía
Born in Rio Piedras, Puerto Rico and raised in Brooklyn’s East New York, Dynasty grew up during the rise of Dancehall in the U.S. Raised on Shabba Ranks, Ninjaman, Cutty Ranks, Papa San, and Super Cat, he was inspired to learn to sing in the Jamaican Patois style, shaping him into the electric artist he is today.

With over 15 years of musical experience, Dynasty has engaged with notable collaborators like Don Omar (Hasta Abajo – Remix), Plan B (Si No Le Contesto – Remix) and Tito el Bambino (Llama al Sol – Remix). In the summer of 2009, Dynasty performed Ready For The Weekend on the legendary Hot 97 Summer Jam stage. Building off of this exposure, Dynasty spent 2010 on the road and in the studio preparing his debut release. One year later, in 2011, he dropped his highly anticipated mixtape, “Its About Time, Vol. 1”, which instantly became a major success gaining much notoriety, and winning him his first Underground Music award.

Dynasty continued gaining momentum with performances at the Metro PCS 5 Borough tour, and a major collaboration with Brick City’s finest Redman, who featured on Gettin’ That Money. As the two continued to build their bond, Dynasty set out to Europe to shoot a video that Redman co-directed for the smash single In and Out. This brought about an opportunity to sign with DJ Tedsmooth’s independent label, Straight Face. Unfortunately, the partnership was short-lived, as both parties were unable to agree upon Dynasty’s creative direction; the two parted ways soon after.

These obstacles did nothing but further motivate Dynasty. He spent the majority of 2013 exploring his artistry, embracing his creativity, and repositioning his brand. He embraced his Latino roots more than ever before, and geared his efforts towards connecting with his international fan base.

Starting 2014 Dynasty partnered with S2P Ent. the brand mgmt. division of Send2Print, a leading printing company in NYC. He emerged back on the scene with an upgraded look and a new hybrid sound – Dancehall meets Raggaeton! Currently, Dynasty is focused on his upcoming, untitled EP that is scheduled for release during the end of summer 2014. With his new team in place and a renewed direction, Dynasty’s first single, Sueltate, is slated to hit the charts later this year.

“I been doing this for close to 20 years, and for the first time in my career I finally feel I have all the pieces in place to accomplish my dreams.” – Dynasty